Susan is a member of the following affiliations:

We provide 28 fire and emergency management courses for the State Fire College and the National Fire Academy.

Dale is a member of the following affiliations:

We are proud to have provided education and knowledge for

personnel in Fire, EMS, Security and Law Enforcement throughout the United States and the Cayman Islands. 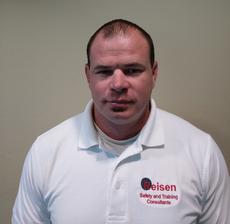 Susan has been in the fire and emergency medical services business since 2004.  She currently holds the position of Public Relations Manager for

Estero Fire Rescue in Estero, Florida.  She holds a Bachelor's degree in Professional Administration and has completed her

Prior to joining Estero Fire Rescue, she held the position of Divisional Controller for a large, nationwide utility company where she oversaw

human resources, finance and training.  She is a certified firefighter, a nationally certified EMT and Fire Service Instructor III in the State of Florida.

Currently, she serves as the Chair for Region 6 Joint Media Information for the Regional Domestic Security Task Force (RDSTF) and the DEM Region 6 Coordinator of the Florida Association of Public Information Officers (FAPIO).  She is a member of the PIO State-wide Deployment Team for Emergency Management Operation Division.  She has been a consultant and instructor with Reisen Safety Training since 2010. 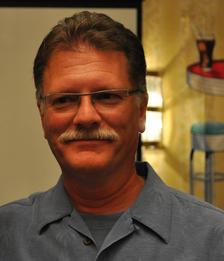 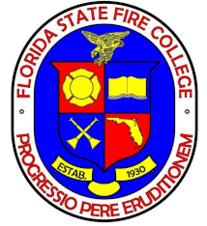 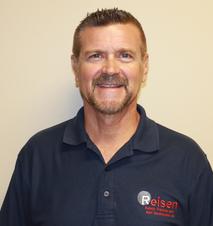 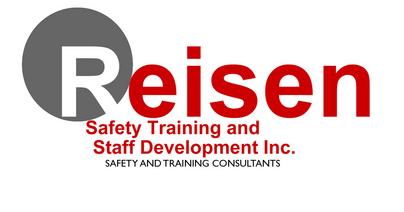 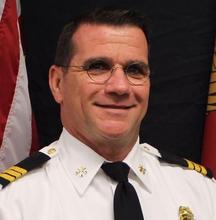 Mark has been in the fire service and building regulatory business since 1977.  He worked as a paid-on call firefighter in Batavia, Illinois.  In 1980 he moved to Florida and joined the Tice Fire Department in Fort Myers and in 1983 became a Fire Inspector for Lee County, Florida.  He specializes in the Florida Building Code, handicap accessibility standards, flood regulation, and the Land Development Code.  During his time with Lee County Government he achieved the position of Chief Plans Examiner.

In 2007, he retired as the Fire Marshal for Bonita Springs Fire Department in Fort Myers, Florida.​

He currently holds the position of Lead Pastor at Christ Community Ministries in Estero, Florida.  He also serves as the

and the Florida Tarpons, a professional football in Fort Myers, Florida.

Building Inspector.  He holds a Bachelor's degree in Leadership from Bellevue University.

He has been a consultant and instructor with Reisen Safety Training since 2013.

Reisen Safety Training and Staff Development, Inc., was established in 2003 in Fort Myers, Florida.  That year we started teaching CPR, AED and first aid along with teaching some of the fire science courses to firefighters in the the Fort Myers Area.

Today we offer 28 of the fire science courses from the Florida State Fire College and we teach them all over the State of Florida.  We also teach a variety of courses, workshops and offer seminars in safety, leadership, team building, effective communications, managing change, customer service, and fire investigations.  We can even tailor a training program to your needs, how can we help you?

Doug has been in the fire and emergency medical services business since 2000.  He currently holds the rank of Shift Captain for Bayshore Fire Protection

and Rescue District in North Fort Myers, Florida.  Among his duties as a Company Officer he is responsible for the districts fire safety inspection program

and conducts fire and explosion investigations.  He holds a Bachelor's degree in Public Administration from Barry University and is a graduate of the

He is a member of the Lee County Fire-Arson Task Force since 2008 where he is currently listed as a Senior Fire Investigator, Team Leader and is a

team member of the Line-of-Duty Death (LODD) Investigation Team.  In 2020 he was appointed Task Force Commander of the Arson Task Force.

Since 2004, Doug is a State of Florida licensed plumbing contractor, under the Florida Department of Business & Professional Regulation.

Currently he is the co-owner of Plumbing Solutions of SWFL and is very active in the building industry.

He has been a consultant and instructor with Reisen Safety Training since 2014. 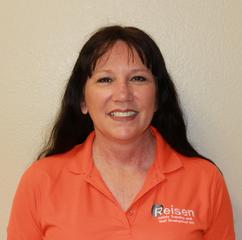 Dale I. Reisen has been a professional keynote speaker at conferences, seminars and special events to participants since 1995.  He has delivered hundreds of educational and motivational speeches across the United States on Fire Incident Command, Fire Investigation and the Laws, Public Relations in the

Get the Most Out of Your Team - Team Building and more.

Mr. Reisen employs the three E's into his delivery of all presentation, Education, Engaging and Entertaining.

Dale has been in the fire and emergency services since 1992.  Most recently, he held the position of Deputy Fire Marshal, at the rank of

He started his career a s a volunteer firefighter with Bayshore Fire Department in North Fort Myers, Florida in 1992 and then was hired as a member

of the career staff in 1996.  After becoming a Florida Paramedic he was hired with San Carlos Park Fire District in Fort Myers where he served as a Engineer/Paramedic and acting Lieutenant for 16 years.  He also served for several years with the Lee County Fire - Arson Task Force as a

fire and explosion investigator on this team.

and a Associates of Arts Degree both from the University of Florida.  He holds certificates from the Florida Bureau of Fire Standards and Training as a Fire Officer IV, Fire Instructor III, Fire Investigator II, Fire Inspector II, Fire and Life Safety Educator, Incident Safety Officer and Live Fire Training Instructor I.

Additionally, Dale is a designated as a Fire Officer and a PEER Reviewer for the Commission on Professional Credentialing and is certified as a

Fire and Explosive Investigator by the National Association of Fire Investigators.  He has been an instructor and consultant with us since 2017.

Reisen Fire Consultants, LLC was started by Mr. Reisen to offer attorneys, clients, and insurance companies his experience in finding the facts of a fire and to determine fire causation.  After 15 years in the private fire investigation sector, he opened his own fire consulting firm in 2019 in Southwest, Florida.

We offer origin and cause fire and explosion investigations, along with offering evidence examinations and expert testimony in fire causation and preserving evidence on the civil side for our clients.​

Selecting the right employee for a promotion can be a difficult process.  Relying on work performance is not enough, you need to evaluate their organizing and planning skills, decision making skills, problem solving skills, leadership skills, communication skills and team building skills to select the right employee.

Reisen Safety Training provides Fire & EMS Promotional Examinations and Assessments to assist our clients in selecting the BEST person for the job.  Our assessment process is a systematic and comprehensive evaluation to assist your agency with obtaining the top three candidates.

If your trying to save money and want to perform the promotional assessment yourself, we can supply the exercise, documents on how to implement the exercise and the benchmark score sheet for your assessors on a flash drive.  Contact us for a proposal or visit the Assessment Center TAB.

We offer fire and EMS personnel a chance to increase their percentages and enhance their knowledge in the assessment process and the exercises.  Visit our TUTORING TAB to learn more. 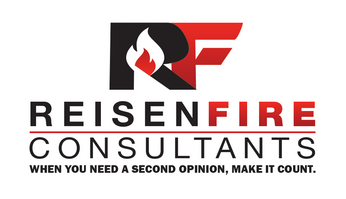 Dale is a member of the following affiliations:

Running a business is not easy and when you need to provide leadership, team building and safety training where can you go for affordable training?  Our team at Reisen Safety Training can assist you in all of your training needs that meet your budget.  We can develop training solutions to meet your objectives and provide engaging workshops and courses to enhance employees retention and reduce civil liability.  Ask us about our leadership series workshops.

Dale retired from the fire and EMS service in December 2020 after dedicating 37 years to the State of Florida Fire Service.  He retired as a Sift Commander, at the rank of Battalion Chief in operations where he supervised the fire investigative unit for Estero Fire Rescue in Fort Myers, Florida.  Since 2003

he has worked as a fire and explosion investigator on the private side and has become a fire causation expert in his field.   He is currently listed as the President and CEO for Reisen Safety Training & Staff Development, Inc, a safety and training consulting company and is the

He is a master trainer, consultant and mentor to his students and clients.

in 1994, as the chairman of the Florida Association of Public Information Officers.  In 1997 he was awarded the State of Florida Governor's Commendation Award for implementing and operating State Information Centers during wildland fires that he was deployed to in 1995 and 1998 by the State of Florida Emergency Management, Division of Emergency Operations.  In 1998 Governor Jeb Bush awarded him the

State of Florida Public Information Officer of the Year.

To date, Dale has conducted over 1000 origin and cause fire and explosion investigations in the State of Florida.  In 2000, he assisted in developing the

Lee County Fire-Arson Task Force to combat the crime of arson in Southwest, Florida.  For seventeen years he was the Task Force Commander and in

2020 he stepped down to Deputy Commander before retirement. The arson team asked him to stay on the task force on the private side to supervises the Line-Of-Duty Death (LODD) Fire Investigation Team and to be a consultant for the Lee Count Juvenile Firesetters Program.  In 2001, he was awarded the State of Florida Fire Investigator of the year and was recognized by Governor Jeb Bush for his efforts in combating arson.

​The members of the Lee County Fire-Arson Task Force named him the 2013 and 2020 Fire Investigator of the Year.

He served on the Board of the Florida Forestry Arson Alert Association for 7 years before his retirement.

United States.  He has become an expert on the evidence of Filicide by Fire (parents  murdering their children by the use of fire) and the

Art of Reading Body Language.  He is a Florida Instructor for the National Fire Academy.

In 2014, we started a division of Reisen Safety Training called Command and Control LEADERSHIP.

Doug is a member of the following affiliations: